The dataset was originally released by the University of Grenada , duplicates removed, and rehosted by a Roboflow user. 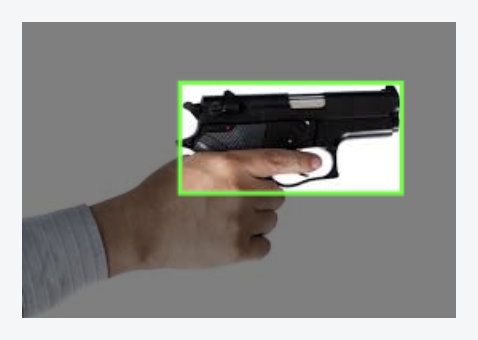 One can create a gun object detection model to monitor security camera footage for the presence of guns, perhaps in places where they should not be. Alaa Senjab built on Roboflow to achieve this goal. He's also open sourced much of his work in this tutorial .