The Roboflow Thermal Dogs and People dataset is a collection of 203 thermal infrared images captured at various distances from people and dogs in a park and near a home. Some images are deliberately unannotated as they do not contain a person or dog (see the Dataset Health Check for more). Images were captured both portrait and landscape. (Roboflow auto-orient assures the annotations align regardless of the image orientation.)

This is an example image and annotation from the dataset: 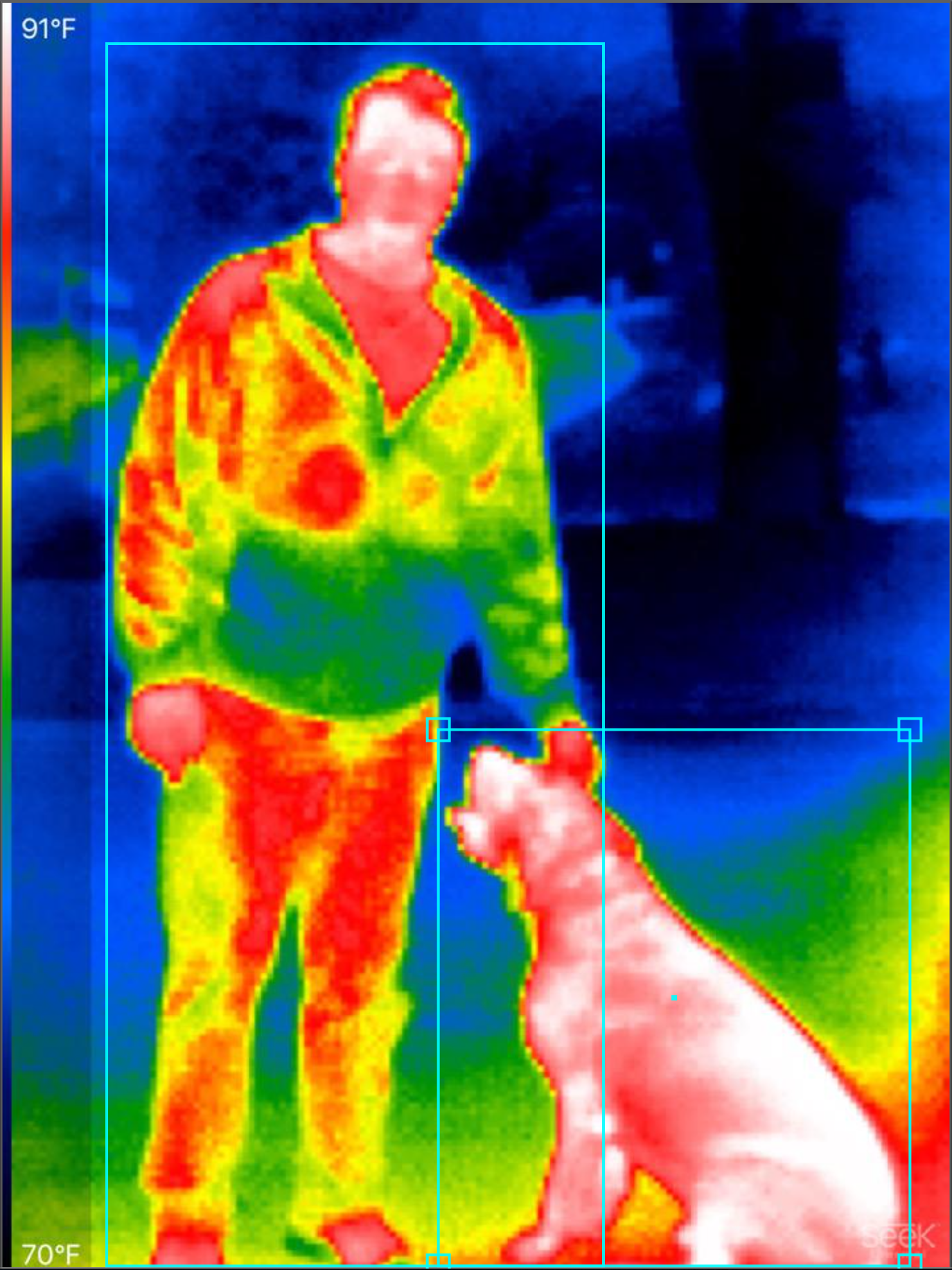 This dataset serves as a way to experiment with infrared images in Roboflow. (Or, you could build your own night time pet finder!)

Roboflow is happy to improve your operations with infrared imaging and computer vision. Services range from data collection to building automated monitoring systems leveraging computer vision. Reach out for more.