The PlantDoc dataset was originally published by researchers at the Indian Institute of Technology, and described in depth in their paper. One of the paper’s authors, Pratik Kayal, shared the object detection dataset available on GitHub.

PlantDoc is a dataset of 2,569 images across 13 plant species and 30 classes (diseased and healthy) for image classification and object detection. There are 8,851 labels. Read more about how the version available on Roboflow improves on the original version here.

And here's an example image: 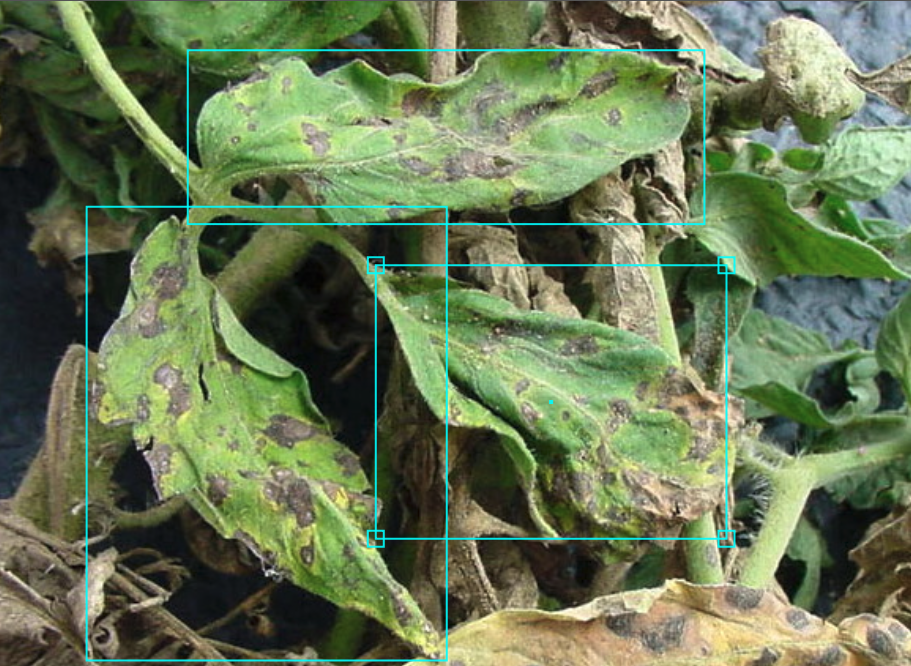 Fork this dataset (upper right hand corner) to receive the raw images, or (to save space) grab the 416x416 export.

The dataset also serves as a useful open dataset for benchmarks. The researchers trained both object detection models like MobileNet and Faster-RCNN and image classification models like VGG16, InceptionV3, and InceptionResnet V2.

This dataset follows Creative Commons 4.0 protocol. You may use it commercially without Liability, Trademark use, Patent use, or Warranty.

Provide the following citation for the original authors: